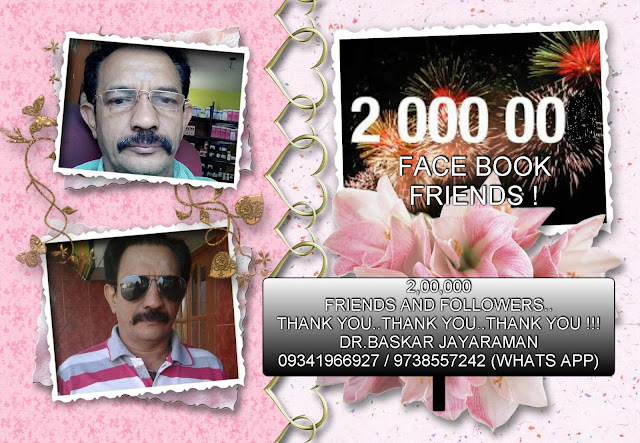 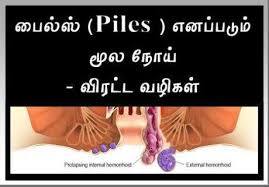 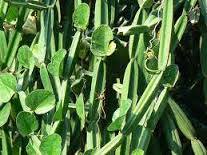 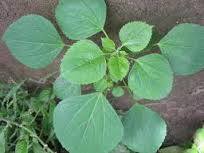 Posted by Unknown at 4:26 AM No comments:

drbaskarhomeo: ACUPUNTURE COURSES NEAR BANGALORE!!!BECOME AN ACUPUNTURE HEALER!!!
Posted by Unknown at 9:28 PM No comments: 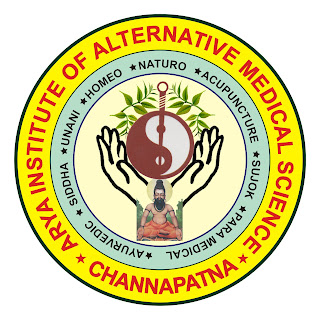 Posted by Unknown at 9:24 PM No comments:

Against tuberculosis Birth – 2 weeks Tuberculinum 1M 1 drop in a spoon of water.

Against Hepatitis B Birth, 6 weeks, 6-9 months, 10 years CARDUUS MARIANUS-1M 1 drop in a spoon of water.

LEDUM PALUSTRE CM 1 drop in a spoon of water in the evening.

Measles 9 months plus PULSATILLA CM 1 drop in a spoon of water.

Against measles, mumps, rubella or German measles 15-18 months PULSATILLA CM 1 drop in a spoon of water.

Against diphtheria and tetanus 5 years Thuja CM 1 drop in a spoon of water in the morning.

LEDUM PALUSTRE CM 1 drop in a spoon of water in the evening.

Against tetanus 10-16 years LEDUM PALUSTRE CM 1 drop in a spoon of water in the evening.

Homoeopathic Immunization
Homeopathic immunizations have been used successfully for over 200 years. Our master Dr. Samuel Hahnemann, used homeopathic immunization routinely in his practice. In 1799, he used the homeopathic remedy Belladonna successfully to prevent Scarlet Fever. Following Hahnemann’s example, another eleven medical doctors prescribed Belladonna during the same epidemic. They reported that of 1,646 children exposed to scarlet fever after being given Belladonna, only 123 (7.4%) developed symptoms of infection. In contrast, the infection rate in those who did not receive the prophylactic was as high as 90%. In 1838 the Prussian Government ordered the use of Belladonna during all scarlet fever epidemics after a report from their chief of physicians, Hufeland, showed it to be an effective prophylactic.
In 1831 Samuel Hahnemann prevented and treated cholera during the 1831 Asiatic cholera epidemic with the remedies Camphor, Cuprum metallicum and Veratrum album. In 1849 Dr Clemens von Boenninghausen treated and prevented untold numbers of cholera infections during the 1849 European epidemic with the above remedies recommended by Hahnemann. While a death rate of 54-90% occurred with conventional treatment, Boenninghausen’s patients had a mortality rate of only 5-16%. In the 1800s Clemens von Boenninghausen used Thuja for both the treatment and prevention of smallpox during an epidemic. In 1902 Dr. Eaton reported that during a smallpox epidemic in Iowa, 2806 patients were treated prophylactically with homeopathic Variolinum. Of the 547 patients definitely exposed, only 14 developed the disease. The protection rate on these numbers was 97%.
In 1850 during an epidemic of poliomyelitis, Dr Taylor Smith of Johannesburg, South Africa protected 82 people with homoeopathic Lathyrus sativus. Of the 82 so immunised, 12 came into direct contact with disease. None were infected. Dr Grimmer of Chicago prophylactically treated 5,000 young children with Lathyrus sativus. None developed polio.
In 1957 a severe poliomyelitis epidemic occurred in Buenos Aires. The majority of homoeopathic doctors prescribed Lathyrus sativus as a preventative. Drug stores distributed thousands of doses to the public. None of those who used the prophylactic registered a case of contagion (Eizayaga). In 1975 during another poliomyelitis epidemic in Buenos Aires, 40,000 were given the homeopathic prophylactic Lathyrus sativus. None developed poliomyelitis (Eizayaga).
In 1996 Dengueinum 30 was administered to at least 39,200 people in the Delhi area during an epidemic of Dengue haemorrhagic fever. Follow-up of 23,520 people 10 days later showed only 5 people (0.125%) had developed mild symptoms, with the rest showing no signs or symptoms of the disease (CCRH). (During epidemics of dengue, attack rates among susceptible are often 40-50 %, but may reach 80-90 %, World Health Organization.)
In 1999 the Department of Indian Medicine and Homoeopathy started distribution of homoeopathic immunizations for Japanese Encephalitis in a systematic way throughout the Andhra Pradesh with BCT (Belladonna, Calcarea Carb and Tuberculinum). JE mortality rates had touched a high of 638 deaths from 2038 cases in 1986, but fell to four from 33 cases in 2001, following the implementation of the homeopathic immunization program. Even the World Health Organization and the Medical and Health Department acknowledge that homeopathic immunizations have been a vital factor in the sharp decline of Japanese Encephalitis cases in Andhra Pradesh.
Homoeopathic Prophylaxis
Prophylaxis against Diphtheria - Apis mellifica 30, Diphthirinum 30
Prophylaxis against epilepsy - Kali bromium, Gloninine
Prophylaxis against Influenza – Arsenicum album.
Prophylaxis against Jaundice – Cincona off
Prophylaxis against measles – Aconite nap, Pulsatilla nig., Arsenicum album or Morbillinum.
Prophylaxis against Cholera - Camphor, Cuprum metallicum, Veratrum album
Prophylaxis against Mumps – Trifole-rep, Parotidinum.
Prophylaxis against Tetenus – Ledum pal or thuja or Arnica or Tetanotoxin.
Prophylaxis against Whooping cough – Drosera, Vaccininum, Pertussin.
Prophylaxis against Plague – Buboninum 12 – 13 potency, Ignatia amara., Naja triputans.
Prophylaxis against Chicken pox – Antimonium Tart and Rhus tox
Prophylaxis against Meningitis – Cicuta virosa
Prophylaxis against poliomyelitis - Lathyrus sativus 1M or Carbolic acidum or Plumbum or Physostigma
Prophylaxis against Dengue fever – Eupatorium perf
Prophylaxis against Common cold – Nux vomica
Prophylaxis against Snake poison - Golondrina
Prophylaxis against Typhoid – Baptisia
References
1. Birch, Kate. Vaccine Free Prevention and Treatment of Infectious Contagious Disease with Homeopathy: A Manual for Practitioners and Consumers.Trafford Publishing, 2007
2. Central Council of Research in Homoeopathy. CCRH News 1996-1997.
Currim, A.M. Ed. 1996. The Collected Works of Arthur Grimmer, M.D. Norwalk and Greifenberg, Hahnemann International Institute for Homeopathic Documentation.
3. Dudgeon R. E. 1853. Lectures on the Theory and Practice of Homeopathy, p.541,2. Republished by B. Jain Publishers, 2002, New Dehli.
Eaton, Dr. C. W., Variolinum. (a paper read before the American Institute of Homeopathy), 1907.
4. Eisfelder, HW, “Poliomyelitis Immunization: A Final Report.” Journal of the American Institute of Homeopathy. V. 54, Nov-Dec 1961, pp. 166-167.
Eizayaga, Dr. F. X., Treatise on Homeopathic Medicine. (E. Marecel, Buenos Aires, pp. 282-286).
5. Golden, Dr. Isaac, Vaccination & Homeoprophylaxis? A Review of Risks and Alternatives. 6th ed., Isaac Golden Publications, 2007.
6. Hahnemann, Dr. Samuel. “Cause and Prevention of the Asiatic Cholera.”Archiv. f. hom. Helik., vol. xi, 1831.
7. Hahnemann, Dr. Samuel, “Cure and Prevention of Scarlet Fever.” Lesser Writings. Jain, 1801, p. 369-384.
8. Hufeland. “Prophylactic Power of Belladonna in Scarlet Fever,” Hufeland’s Journal, 1828.
9. Staff Reporter. “Japanese Encephalitis on the Decline in State,” The Hindu, April 1, 2003.
10. Taylor-Smith, A. “Poliomyelitis and prophylaxis.” Br Homeopath J, 1950 Apr;40(2):65-77.
11.Von Boenninghausen, C. Baron. “Vide Concerning the Curative Effects of Thuja in Smallpox.” Lesser Writings, Jain, 1908.
12.http://www.homoeopathynow.com/homoeo-articles/69-homoeopathic-immunization
13. Quick Bedside Prescriber – J.N.SHINGHAL.
14. Pocket manual of Homoeopathic Materia Medica & Repertory by William Boericke.
15. Principles of Prescribing, Dr. K.N.Mathur.

View my complete profile
Posted by Unknown at 12:26 AM 1 comment:

The information provided herein is not intended to be taken as a replacement for medical advice and should not be used during any medical emergency. A Registered Medical Practitioner should be consulted for diagnosis and treatment of any and all medical conditions.

OVARIES DISEASES OF [Ovaries diseases of]: To Contact:
You can talk to Dr.Devendra kumar and get suggestions through telephone.
You will be suggested medicine in telephone for minor problems.
91-9440369772, 91-9393998832,08672-220140,
You can write a mail to,
drdevendrakumarmd@gmail.com,
muntadev2in@yahoo.co.in,
muntadev2in@gmail.com
In case of Chronic diseases Download case sheet -read carefully and write accordingly a mail to above email ID.
Aslo you can use contact form at the bottom of this page.

The above constistutions get aggravate during particular moon phage mentioned.

Get More information from " My Homeopathic Eperimental Lfe"

This blog is supported by donations, you also can support by:

Important Note:The copy rights 'of the content in this blog' are with the respectable authors except Research work. -Dr.Devendra Kumar

hai dears! I am DR.J.Baskar, Homeopath

Hi Dears!!! I am Dr.J.Baskar,homeopath intrested to broadminded relationship with women and couples.We share all. I am ready to give very best homeopathy suggestion about all your physical,mental and sex related problems.Free consultation to all.Contact me 09341966927